He was born in Vrútky, Slovakia on 24 July 1985. Since childhood, he has shown remarkable musical talent. At the age of three and a half, he began to play the violin under the supervision of his father. His progress was influenced by the musical milieu of his home. For a long time he was known as a “child prodigy” due to his advanced technique and unusually rounded expression. He gave his first concert at the age of 7. Already during his studies at the Basic Art School in Vrútky, he made some recordings for Slovak Radio.

He is very grateful to Bohdan Warchal whose help resulted in his CD. With great diligence and hard work, Karvay has expanded on the skills that gave him concert success at such a young age. He undertook systematic study at the Žilina Conservatory with Prof. Bohumil Urban, and since 2000, has been a visiting student and then a regular student at the Vienna Conservatory in Austria. At present, he studies at Vienna’s Konservatorium der Stadt Wien in the class of the well-known violin pedagogue, Prof. Boris Kuschnir, In 2002 he took part in a Master Course with Prof. Herman Krebbes.

In 2002, he won first prize at the Vienna Conservatory Competition. In the same year, he won two awards at the 11th Eurovision International Competition—the Grand Prix Young Musician of the Year and the first prize. Among his most notable successes is the first place award at the Tibor Varga International Competition in Switzerland (2003). During his studies at the Vienna Conservatory, he has accepted offers to perform at Slovak festivals in his home country—Vrútocká hudobná jar 2001 (Vrútky Musical Spring), Trnavská hudobná jar 2003 (Trnava Musical Spring), Bratislava Culture Summer 2003—as well as at international events: the Bratislava Music Festival in 1994, a concert in the Vatican in honor of Pope John Paul II in 1995, a benefit concert for the United Nations, and The Week of Slovak Culture in Spain. He also performed at the Talentinum International Festival of Young Concert Artists in Zlín (1996, The Czech Republic), at the 37th International “Moravian Autumn” Festival in Brno (The Czech Republic), and at the Central European Festival in Žilina (2003, Slovakia). In addition, he performed concerts in Europe, South America, North Africa and Asia. 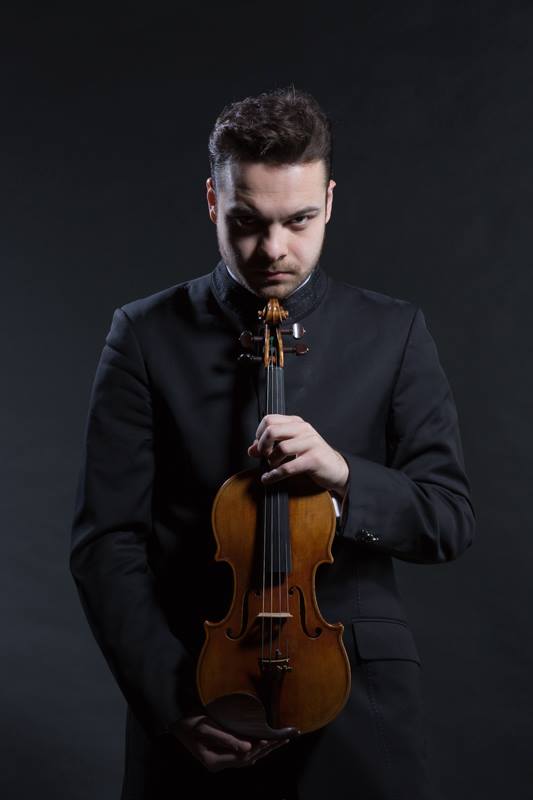