The combination of three composers with Collegium Wartberg has a nonobvious background. Franz Schubert, as a group of artists, combined his artistic life with Želiezovce. He arrived in his, small town in the lower reaches of the Hron River in 1808, when Count Ján Karol Esterházy and his spouse Rozina invited him to their sumptuous, baroque chateau to teach their daughters, Maria and Caroline, music. Young Franz was accommodated in an empire pavilion, called Owl Lodge. During his four-month stay in 1818 he managed to charm the Count’s daughtcr, Caroline, who was at that time only 13 years old. In 1824 he returned there again. Young Caroline seduced him with her subtle manners and nobility. Their relationship, although remained platonic, left a significant mark on his compositions. Želiezovce became a place of an Inspiration for the composer, who wrote there many of his brilliant compositions. The Trout lied, as well as the quintet, however, were probably created before those two visits in this town. Jan Nepomuk Hummel, born in Bratislava, lived three years in Senec — Wartberg (Guard peak). In 1783 the Hummel family moved to Senec to the estate of Count Esterházy. His father Johann, who was a musician in a theatre orchestra and then a music teacher at a military academy in Senec, taught young Johann to play the violin. The talented child, however, after a year learnt how to play the piano and a further moving in 1786 marked a great turn in the family life. In Vienna eight year old Hummel impressed Mozart so much that he not only agreed to be his teacher, but also hosted him in his own house. After two years, when he gave concerts in the entire Europe, just as his teacher did, young Hummel gained a status of a virtuoso. Compositions of Hummel have lightness of Mozart, structure of Haydn and in many parts depth of Beethoven. Presumably, he was born too late to become a “classic” and too early to become a romantic. Artistic and composing life of Vojtech Didi, who comes from Kysuce, is associated with Banska Bystrica. A cooperation between a founder and a represenative of FMU AU and members of Collegium Wartberg has started, when they commenced their teaching activity. Compositions of Didi dedicated to the group are presented regularly at concerts and were also recorded on their profile CD. 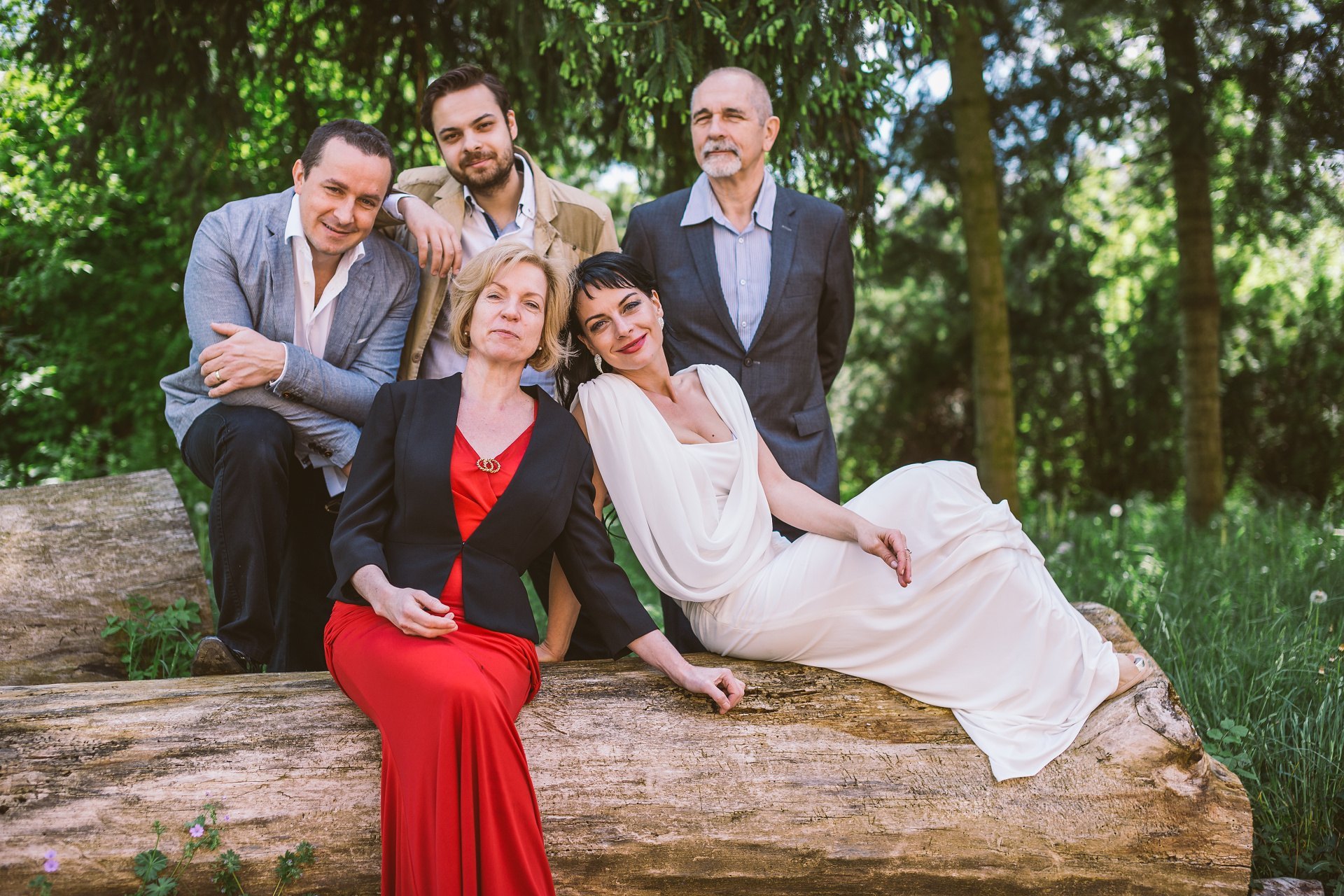